An interview with a Chick-fil-A cybersecurity intern, from California. 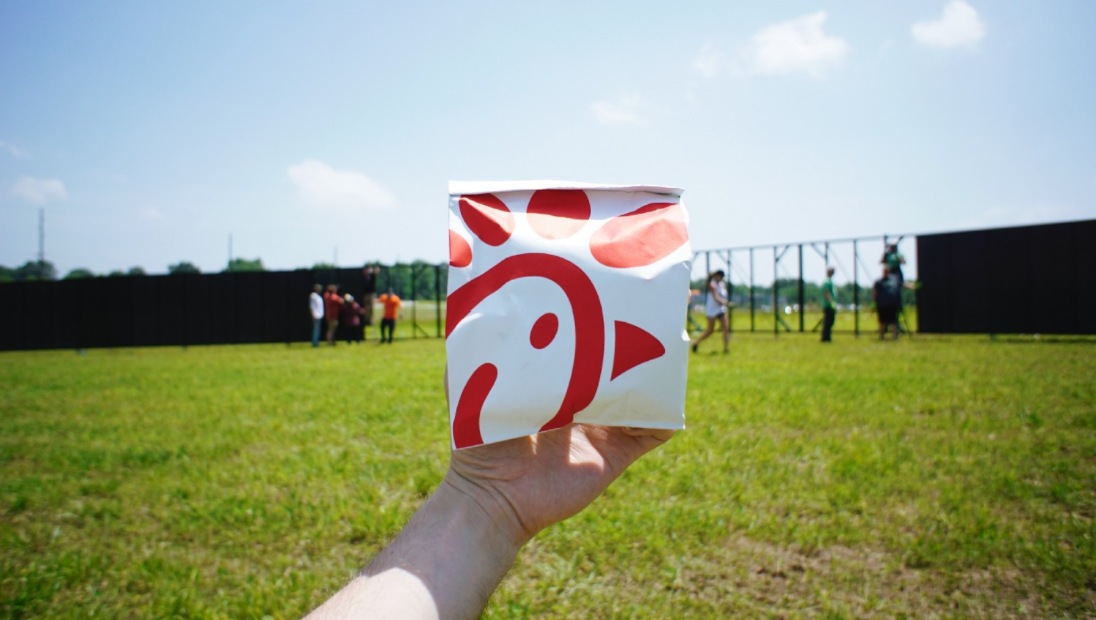 We sat down with a California student who interned at Atlanta-based Chick-fil-A and asked more about their experience as a west-coast transplant. 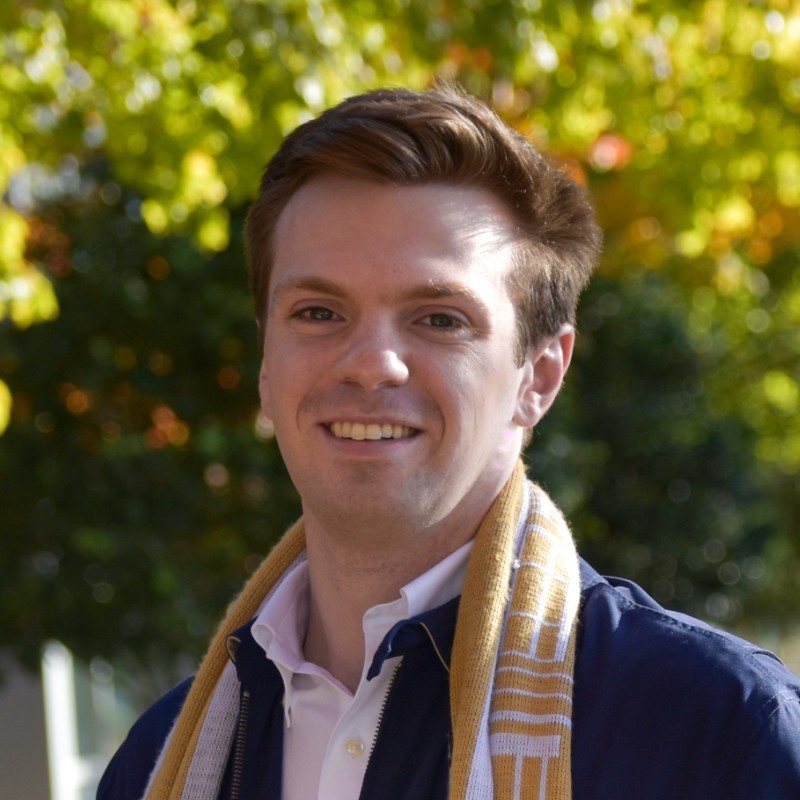 We sat down with a California student who interned at Atlanta-based Chick-fil-A and asked more about their experience as a west-coast transplant. Read the Canary review here.

Could you summarize the work you did at Chick-fil-A (CFA)?

In the internship I was called a “software engineering intern” but more specifically I worked in the DTT enablement (digital transformation and technology) department, which is essentially their tech department. Their enablement team is specifically the team that serves as the foundation for other tech teams in the company. The specific group of people that I worked with were in the cybersecurity part of enablement. So, I guess you could say I was a cybersecurity intern as well.

In the cybersecurity space, I worked on a little bit of data analysis as well. The exact work that I did is I went and took vulnerability data from a tool called Vulcan they used. This was specifically working with AWS accounts that CFA owns. Each account could have a number of vulnerabilities that can be shown on a tools dashboard. I took those numbers and group them in a way where they could create CSV files that could show teams what specific accounts and assets were the most vulnerable and which ones they should patch first.

I made it easier to prioritize for them and created a better workflow.

I did something else on the project consulting side, too. My intern coach had already created a cybersecurity checklist for us to go through with other teams.¹ I got the chance to do that with another team, with another product owner. It goes through a lot of [how] the product is setup securely and that everything is safe. With a restaurant-focused company you want a lot of safety with the customers, but also with the staff as well.

Our interviewee also mentioned an intern “Mentor”. This person was in a different department with the goal of giving a different perspective of the company and more insight into how they function.

Being from the West Coast, how did you find the CFA internship?

Haha, this is what they would call my “Chick-fil-A Story”. I only knew CFA as the restaurant. I live really close to UC Irvine and there’s one [nearby], so I go there to eat occasionally but I didn’t know anything about the company or their HQ out in Atlanta.

I was going through all the internship applications on a GitHub repo last summer.² I came across CFA, didn’t think much about it, but I applied to increase my reach and my chances to get an internship. CFA was one of the first companies to reach out, so that kind of piqued my interest. Then, just learning more about it through interviews and my own research — I thought their values and goals were really interesting. All the interviewers were really passionate ab their work and passionate about the relational aspect of the company as well.

I think thats what really drew me in, because when the offer came early November I was a little hesitant because it was so early and CFA isn’t know for tech. I was a little narrow-minded in that I was going for a specific “Tech Company” internship but I went and thought more about it and eventually accepted it and definitely, definitely don’t regret it at all, its been a lot of fun just learning about the tech they use and just meeting everyone; everyone is very genuine and very kind.

2. Github repo: The reviewer used the open-source GitHub repo maintained by the Pitt Computer Science Club. HERE is the 2022 repo.

How long were you in Atlanta? What did you think of it?

The majority of the internship was remote so I was doing it from Irvine California. This last week, Wednesday, Thursday, Friday they flew us out to Atlanta to see the support center and just have fun. I will say that I didn’t do much work out there, it was all fun, they paid us to have fun essentially. I’m definitely grateful for the opportunity.

How did your in-person interactions match with your impressions while working remotely?

I would say online and in person didn’t really have that much of a difference. Being online made it so much easier to meet up with people because I could just schedule something on their calendar that they could accept or decline. But every single person accepted and made time to meet with me. That was amazing, first of all, no matter who I reached out to in the company they were willing to meet with me — like even some higher-ups too which was cool. When it came to in-person, it was a little but of a cultural shock and also like environment; I know Georgia is a little bit more humid, a little more green which is really nice haha. Meeting people in person though- everyone had the same amount of genuine-ness, care and enthusiasm as well. I’ll say there was no difference and that’s a good thing.

Do you have any recommendations for students who want to get the position that you just finished? Any particular classes or skills?

I will say there was just a “SWE” intern application, not cyber specifically. I’m not too sure how they decided to place me in the cyber team. I will say in my resume when I applied I did have that I had some cybersecurity education research and I’m assuming that's what helped them place me where I was. I would definitely say to put something related to what you specifically want to be doing in your resume.

I was surprised they had. cybersecurity team in the first place but I was excited to try something new.

‍In your review you say the interview was behavioral and technical and also about your past experience. I was wondering if you could walk me through the interview process.

There were three interviews, the first one was with their talent acquisition team, not technical at all. That was definitely more behavioral and past experience. From what I remember it was a lot about the typical “challenges you faced and how you got through it” and just getting to know who you are and what you’re passionate about. I think they just want people to talk about themselves so they can gauge if this person is the right fit for the company or if they would have the same amount of passion in the work that they do as an intern but also as an employee. That interview was more of a getting to know you.

The next two interviews were slightly technical, but also behavioral…, both interviews were from the tech department and the first one asked about my experience in tech specifically. He asked about things like projects I’ve worked on in the past that I was passionate about, something I was really proud of. I remember telling him about a hackathon experience I had.

The second one was very technical. A question they asked of something along the lines of how to write an email script given a list of emails and a message. That one was pretty tough, I will say. It was really nice because, at least the tips that I was given was to talk through my thought process as much as possible. I’d say that helped a lot, and asking a lot of questions helped a lot on that one. On all the interviews they purposely leave a lot of time at the end for us to ask questions; so it was during that time I got to learn more about the company and the interviewers themselves.

“Computer Engineering” can mean a lot of things at a lot of different schools. At your school, what does it mean?

I think the best answer to that question is that it is a mash of software and hardware classes. Its kind of a mix of the CS major and the EE major because I’m required to take the same courses as CS and EE students. The way that you can plan it out is very flexible. For myself, …[I] was taking majority CS classes for my first two years and I only just got started with some EE ones in the past year, whereas others may do it the other way around. Its really flexible in that sense. Its not setup in a way where its like more SW or more HW focused… …you could take more HW courses for your electives or SW. The required [courses] are a good balance between the two.

Anything else you’d like to tell students reading this?

I do know that CFA has a better reach out on the East Coast, hopefully they can get more West Coast people because I think I was the only tech intern out on the West Coast, but there were two other people from California specifically. Not that many overall, but it would be cool to see more [west-coast] interns. That’s on CFA’s part to reach out more and let more people know the tech department is there.

Canary is the internship review platform that helps students avoid bad internships, find the great ones, and learn how to land them.
HAVE A QUESTION?
hello@canarystudent.com
423-580-3112
Canary is a Georgia Tech Create-X Startup. V2.6
Copyright © 2021 Canary Enterprises LLC. All rights reserved.